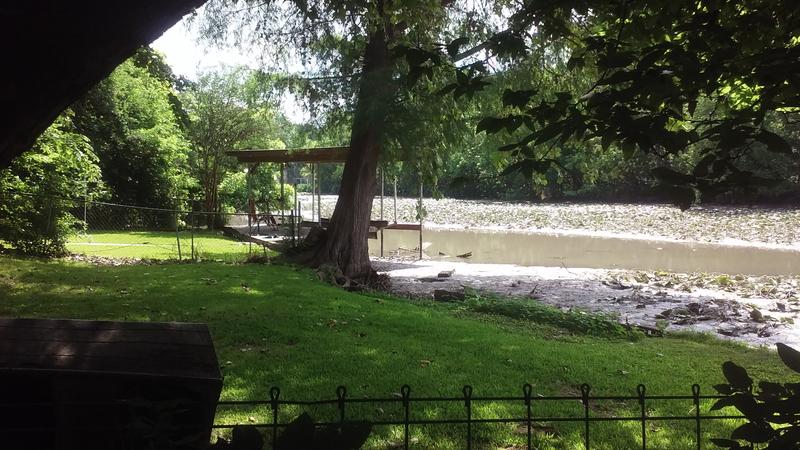 Officials have no answers for what caused a gate failure at the Lake Dunlap Dam near New Braunfels Tuesday morning.

The middle-gate failure caused water to dump downstream into the Guadalupe River at 11,000 cubic feet per second. Lake Dunlap had drained by Tuesday evening.

The Guadalupe-Blanco River Authority said they could not conduct an inspection because the U.S. Army Corps of Engineers is currently releasing water from Canyon Lake, about 25 miles to the northwest.

GBRA spokeswoman Patty Gonzales explained the authority was designing new gates to replace the very old gates on the half-dozen dams they oversee on the river when the one at Dunlap gave way.

Gonzales added the design stage continues on the new gate, and as long as water is released from Canyon Dam workers cannot make repairs.

“We’re coming right into the tourist season, and all the people that live off tourism are going to have a problem,” he said.

The consequences won’t be limited to the communities near Lake Dunlap. It is a source of water for Kyle, a city on 1-35 between San Marcos and Austin. Now, residents have to start watching their water usage.

The GBRA placed pump lines in the waterway but capacity remains low.

“It’s not dire,” Hilsenbeck said. “We are simply are asking folks to voluntarily conserve and eliminate any unnecessary water usage, and by unnecessary we are talking about things like irrigation, car washing, pool filling.”

Hilsenbeck says the city has two other main sources of water, the Edwards and Barton Springs aquifers, along with a backup water line to the City of San Marcos.

This incident is not unprecedented. Gonzales said three years ago another gate of similar age and design failed at the Lake Wood Reservoir near the town of Gonzales.

“All of these dams were completed between 1928 and 1931,” she said. The Lake Wood Reservoir remains empty to this day.