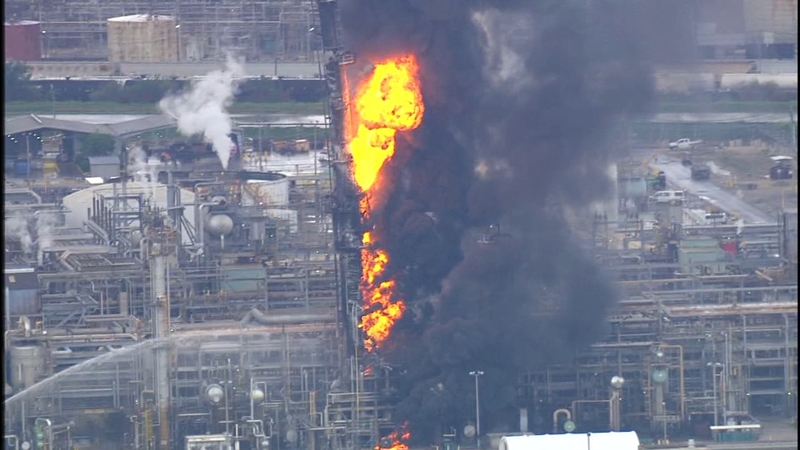 BAYTOWN, Texas (KTRK) — Harris County is suing ExxonMobil over the explosion and fire at the company’s Olefins Plant in Baytown on Wednesday.

The county’s lawsuit alleges ExxonMobil violated the Texas Clean Air Act due to the release of pollutants.

ABC13 has reached out to to ExxonMobil for its response to the lawsuit.

The fire occurred at the facility off Highway 146 at Spur 330. The company said 66 people sought out treatment for non-life threatening injuries.

All workers are said to have been accounted for. None of those injured required hospitalization, according to ExxonMobil.

The company said Thursday that the fire has been extinguished, and all the workers who were evaluated have been cleared to return to work.

A statement said in part, “We deeply regret any disruption or inconvenience that this incident may have caused the community. The rest of the Baytown complex, including the refinery, are operating at reduced rates. The impacted unit has been shut down and stabilized. An investigation is under way into the cause of the fire, which burned propane and propylene. Our first priority is the safety of people in the community and in our facilities. Air monitoring continues in the area immediately outside of the complex and levels are normal.”

ExxonMobil added that it is cooperating with regulatory agencies and is working to identify ways to enhance environmental performance.